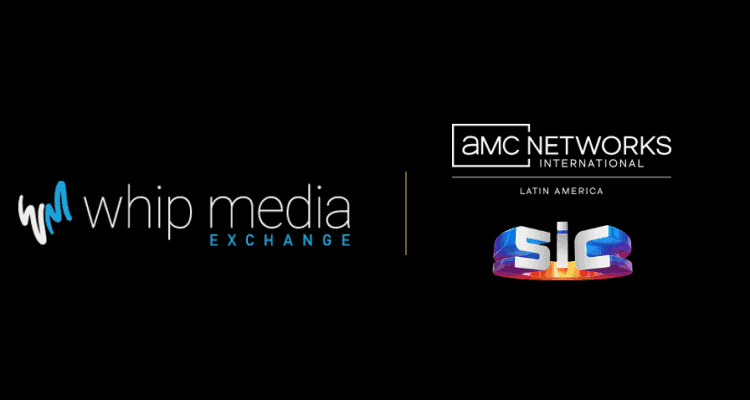 Using the Exchange’s data-driven platform, AMCNI Latin America and SIC Portugal will be able to access a growing library of Spanish and Portuguese-language television content to complement their award-winning programming.

These companies are joining the Whip Media Exchange following other leading media companies including Brazil’s Globo, Univision’s VIX and Spain’s Onza. Their addition to the Whip Media Exchange comes at a critical time for Spanish and Portuguese-language content; the global demand for films and TV series in Spanish and Portuguese continues to grow. According to Whip Media data, Spanish language originals grew 25% among the most-watched TV show content from 2020 to 2021 around the world.

“As Spanish-language content keeps reaching a wider audience, we are beyond delighted to welcome some of the leading entertainment companies in the Hispanic world to our Exchange platform,” said Jaime Otero, Vice President of Business Development and Content Strategy. “AMC International Latin America and SIC are marquee and respected names in the content industry and we couldn’t wish for better partners to embrace our data-driven approach to content licensing.”

The Whip Media Exchange connects buyers and sellers in a centralized platform to streamline discovering, buying and selling content rights. Using proprietary first-party data, the Exchange drives more intelligent licensing decisions through a new set of predictive analytics not previously available to the entertainment industry. The Exchange is the only platform bringing consumer insights and predictive analytics into the licensing decision-making process at scale, facilitating the discovery of content and creating efficiencies across the entire process.

Each TV and film title in the Exchange is assigned a new proprietary Demand Score using models that leverage Whip Media’s engagement data. The Demand Score is based on consumer viewership and engagement insights from 19 million viewers in over 170 countries across 4.5 million movie and TV episodes on 1,100 global platforms. The Demand Score provides a decision-making framework to predict content performance, helping buyers and sellers identify the right content for the right audience and generate revenue.