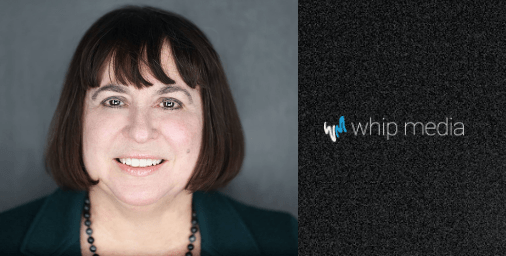 LOS ANGELES, September 30, 2021 – Whip Media, the leading enterprise software platform and data provider to the world’s largest entertainment organizations, today announced that it has hired Debbie Neveu as Vice President of Global Enterprise Client Success. In this newly created role, Neveu will further develop and grow the company’s strong Content Value Management (CVM) platform customer relationships including focusing on strategy, product adoption, sales assistance, and customer retention and support. Her appointment comes at a significant time as Whip Media recently launched its Center of Excellence to reinforce our commitment to a customer-focused culture.

Neveu joins Whip Media with more than two decades of experience leading the accounting and financial reporting teams at some of the biggest companies in entertainment. Prior to Whip Media, Neveu served as the Vice President of Accounting, Financial Reporting, Financial Systems and Financial Deal Review at Warner Bros., where she spearheaded more than 300 deals and led the expansion of the company’s digital business into more than 130 countries. The areas of emphasis during her 15 years at Warner Bros. included the company’s EST, VOD, PVOD, PPV and AVOD businesses. Before Warner Bros., Neveu served as the Director of Global Operations at The Walt Disney Company for Disney’s Interactive video gaming business.

“Debbie’s invaluable knowledge of the entertainment industry and proven track record of success makes her an ideal fit for Whip Media,” said Saj Jayasinghe, Whip Media’s SVP of Global Enterprise Account Management. “We’re thrilled to have her on board, and I know our media partners will feel the same way, too.”

“As a former client, I’ve spent years partnering with Whip Media and utilizing their CVM platform to automate, scale and streamline internal studio finance, rights and avails,” said Neveu. “Now that I am part of the Whip family, I look forward to bringing this knowledge to improve the satisfaction and success of our clients while also supporting the sales and product teams to refine and expand customer offerings.”