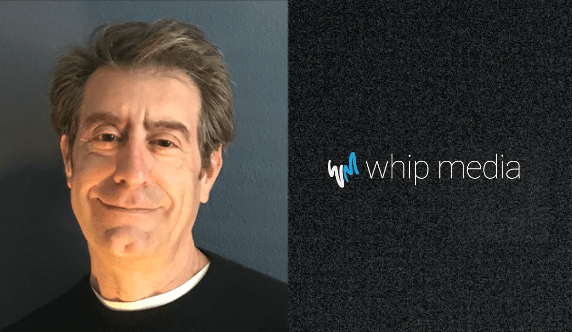 In this newly created role, Steinberg will oversee television and film research and data analysis for Whip Media and assist entertainment companies in developing innovative content strategies based on that data. Whip Media’s extensive insights into how consumers watch and engage with programming help clients understand which TV and movie titles are resonating with viewers and develop strategic marketing and distribution strategies.

Steinberg joins Whip Media from CBS Television, where he served as Senior Vice President, Research, and ran the West Coast research department for nearly two decades. In this role, he was responsible for all program research, pilot testing, primary research, and audience measurement analysis. In his time at CBS he played a significant role in the development of the network’s innovative MGM Grand Television City research facility.

Prior to joining CBS, Steinberg was Vice President, Television Research at Paramount Pictures, where he supported sales and programming for the syndication, network, international, and digital entertainment divisions. He began his television career at Petry Television in New York.

“Eric is an authority in the area of content research, and he will be a huge asset to us as we continue to scale our data offerings,” said Alex von Krogh, Whip Media’s Vice President of Global Insights. “He understands that the consumer is at the heart of this industry, and he will lead our efforts to leverage our wealth of consumer engagement data to help clients better evaluate the demand for content on a global basis.”