The 5 most anticipated new TV shows in March, including ‘The Falcon and the Winter Soldier’ 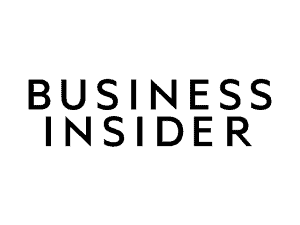 After going a year and a half without a new Marvel Cinematic Universe title, fans can expect a new Disney Plus series every few months in 2021.

“The Falcon and the Winter Soldier,” with Anthony Mackie and Sebastian Stan reprising their respective MCU roles, arrives March 19, two weeks after “WandaVision” concludes on Friday. It’s the most anticipated new series of the month.

Every month, Insider runs down the five most anticipated new shows using data from television-tracking app TV Time, derived from its US users who use the app to track and react to what they’re watching.

“The Falcon and the Winter Soldier” isn’t the only Disney Plus series to make the list, but in a rare occurrence, Netflix was absent when it came to TV Time’s US users.

Below are the five most anticipated new shows of March:

Description: “genera+ion follows a group of high school students whose exploration of modern sexuality (devices and all) tests deeply entrenched beliefs about life, love and the nature of family in their conservative community. ”

Description: “In the 10-episode season set in present day Minnesota, the Mighty Ducks have evolved from scrappy underdogs to an ultra-competitive, powerhouse youth hockey team. After 12-year-old Evan Morrow (Brady Noon) is unceremoniously cut from the Ducks, he and his mom, Alex (Lauren Graham), set out to build their own team of misfits to challenge the cutthroat, win-at-all-costs culture of youth sports today. With the help of Gordon Bombay (Emilio Estevez), they rediscover the joys of playing just for love of the game.”

Description: “INVINCIBLE is an Amazon Original series based on the groundbreaking comic book from Robert Kirkman, the creator of The Walking Dead. The story revolves around 17-year-old Mark Grayson (Steven Yeun), who’s just like every other guy his age — except his father is the most powerful superhero on the planet, Omni-Man (J.K. Simmons). The hour-per-episode series also stars Sandra Oh, Zazie Beetz, Gillian Jacobs, Zachary Quinto, Jason Mantzoukas, Melise, Mark Hamill, Mahershala Ali, Seth Rogen and more.”

Description: “When mysterious wreckage starts falling from the sky, a secretive international agency is tasked with figuring out what it is, where it came from, and most importantly … what it can do. British agent Finola Jones and American agent Bryan Beneventi are partners who have very different styles — she’s warm, intuitive and detail-oriented, and he’s charming, confident and guarded. But they have no choice but to trust each other as they track down the debris scattered across the Western Hemisphere. Each fragment has unpredictable, powerful and sometimes dangerous effects on the everyday people who find it. Every discovery is also a race against time, because shadowy outside forces seek these objects for nefarious purposes.”

Description: “Marvel Studios’ ‘The Falcon and The Winter Soldier’ stars Anthony Mackie as Sam Wilson aka The Falcon, and Sebastian Stan as Bucky Barnes aka The Winter Soldier. The pair, who came together in the final moments of ‘Avengers: Endgame,’ team up on a global adventure that tests their abilities — and their patience.”