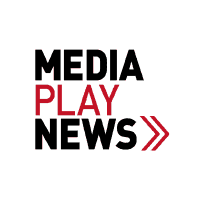 Warner Bros.’ Godzilla vs. Kong was the most anticipated movie in March on the TV Time chart.

The monster flick, which will debut in theaters and on Warner’s streaming service HBO Max March 31, is a sequel to Godzilla: King of the Monsters and Kong: Skull Island and is the fourth film in Legendary Entertainment’s MonsterVerse. It stars Alexander Skarsgård and Millie Bobby Brown.

TV Time is a free TV viewership tracking app that tracks consumers’ viewing habits worldwide and is visited by nearly 1 million consumers every day, according to the company. TV Time’s “Anticipation Report” is based on data from those users.

Paramount’s The SpongeBob Movie: Sponge on the Run came in at No. 2 on the March TV Time anticipated movie chart. In the CGI-animated feature, coming to PVOD and the studio’s streaming service Paramount+ March 4, SpongeBob’s beloved pet snail Gary goes missing and a path of clues leads SpongeBob and Patrick to the powerful King Poseidon, who has Gary held captive in the Lost City of Atlantic City. It features appearances by Keanu Reeves and Snoop Dogg.

Meanwhile, another simultaneous streaming and theatrical debut, Disney’s Raya and the Last Dragon, took the No. 4. spot. It comes out March 5 on Disney+ via Premier Access for an additional fee. The animated fantasy explores a world where humans and dragons once lived together in harmony, and when sinister monsters known as the Druun threatened the land, the dragons sacrificed themselves to save humanity. Now, 500 years later, those same monsters have returned, and it’s up to a lone warrior to track down the last dragon and stop the Druun for good.

A Whip Media company, TV Time is a global community of 16 million users who have reported more than 18 billion views of TV and movie content across 230,000 titles.