“You” Season 3 is Officially Underway and We Can Now Begin to Speculate What’s to Come! 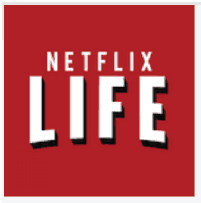 It took a few weeks for Netflix to officially announce that Joe Goldberg will be returning for You season 3. Once they did, we carefully began to speculate on the events to come. But now, Sera Gamble, one of the executive producers for You, has teased that the third season is underway and we couldn’t be more excited!

It seems the cast and crew are incredibly dedicated and wasting no time on dishing out another season of one of Netflix’s biggest show. You has taken the Netflix world by storm. From the first episode of the first season, Netflix subscribers were quick to watch Joe Goldberg’s (Penn Badgley) misadventures in love.

Now on its third season, You is as popular as ever and is one of the most watched shows on the streaming titan. According to a report from Netflix, You season 2 was viewed by 54 million member households. And if Netflix is bragging about it (because they are usually so secretive), you know it’s a big deal! If any more proof is needed, just look at the show’s stats over at TV Time, where it is often one of the top 10 most-watched shows.