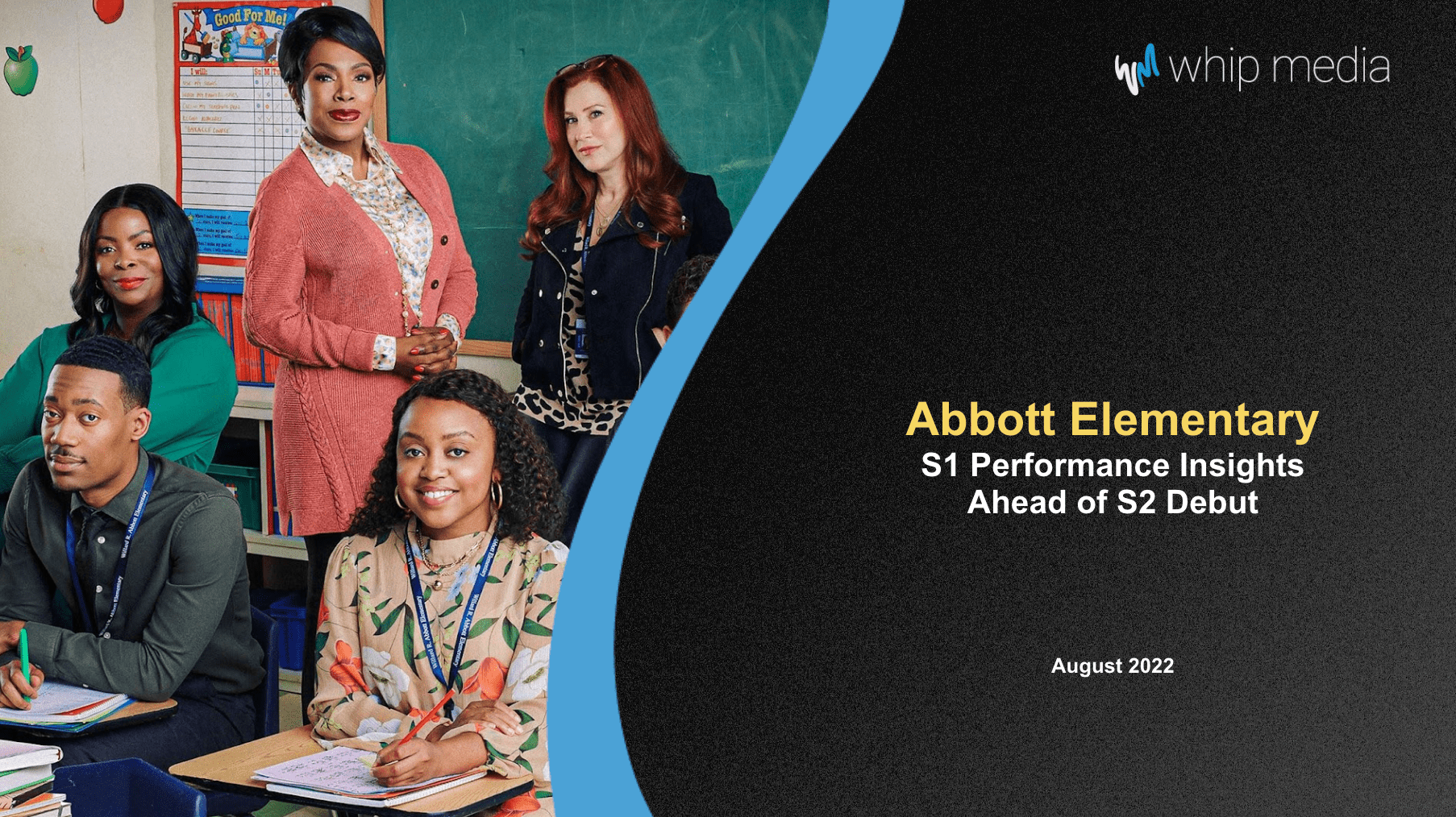 Ahead of its Season 2 debut, Whip Media pulled insights on Season 1 of “Abbott Elementary.” The series was pacing ahead of other broadcast sitcoms coming out of their first season. Whip Media took a look at the anticipation, engagement and key metrics for the Emmy Award winning series. Click below to access.