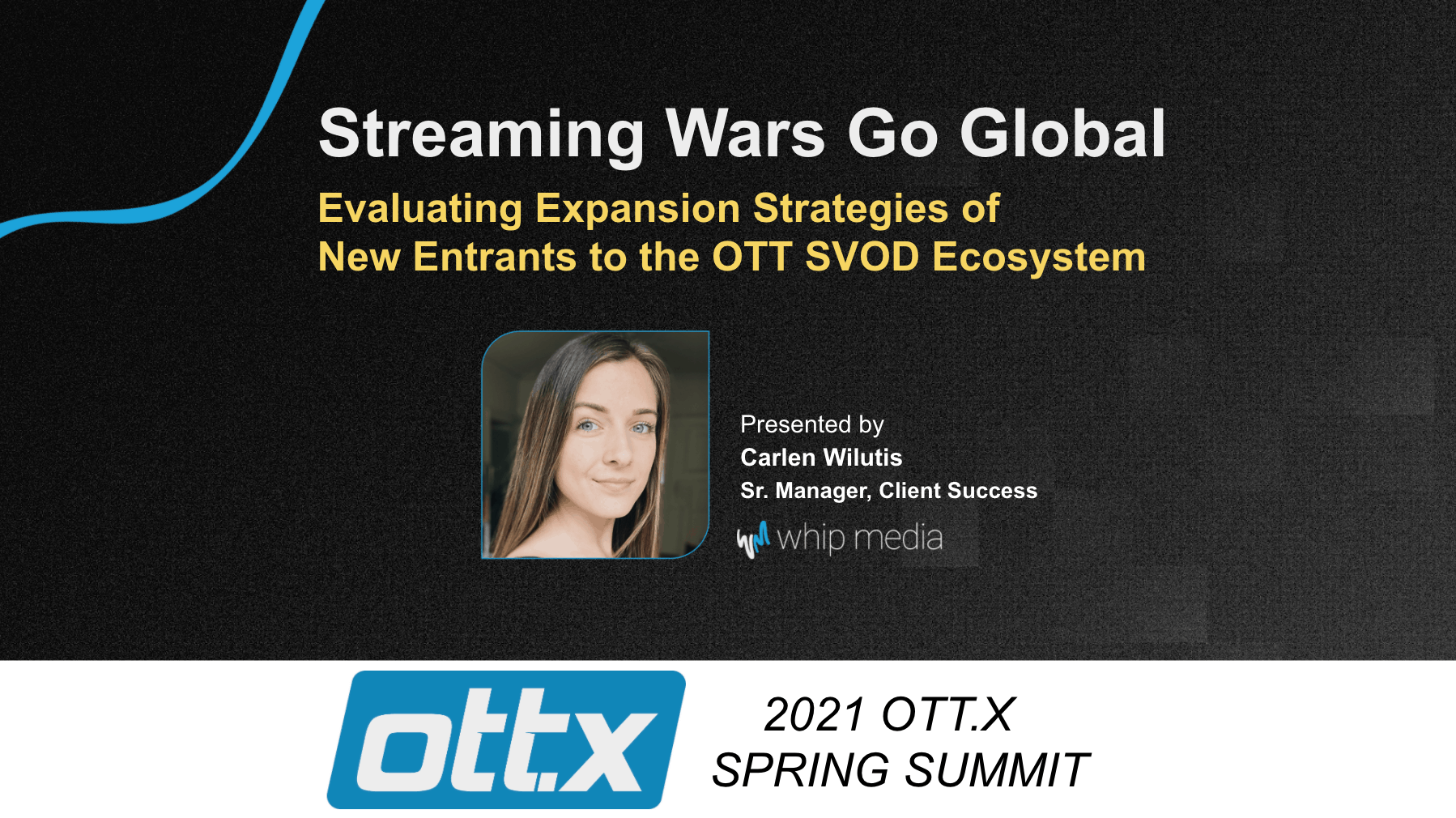 In this session, Whip Media’s Carlen Wilutis discussed the streaming war expansion into international territories. With legacy media companies in the slipstream behind first-mover streaming platforms, the question of “Where to, next?” touches the core of each company’s growth strategy. In this webinar, Whip Media presented how its unique data was used to identify market fit in several European and Latin American countries, with respect to the potential expansion strategies of three nascent streamers – in particular WarnerMedia’s HBOMax, NBCUniversal’s Peacock, and ViacomCBS’s Paramount+ – while placing it in the competitive context of already global players such as Netflix and Disney+.