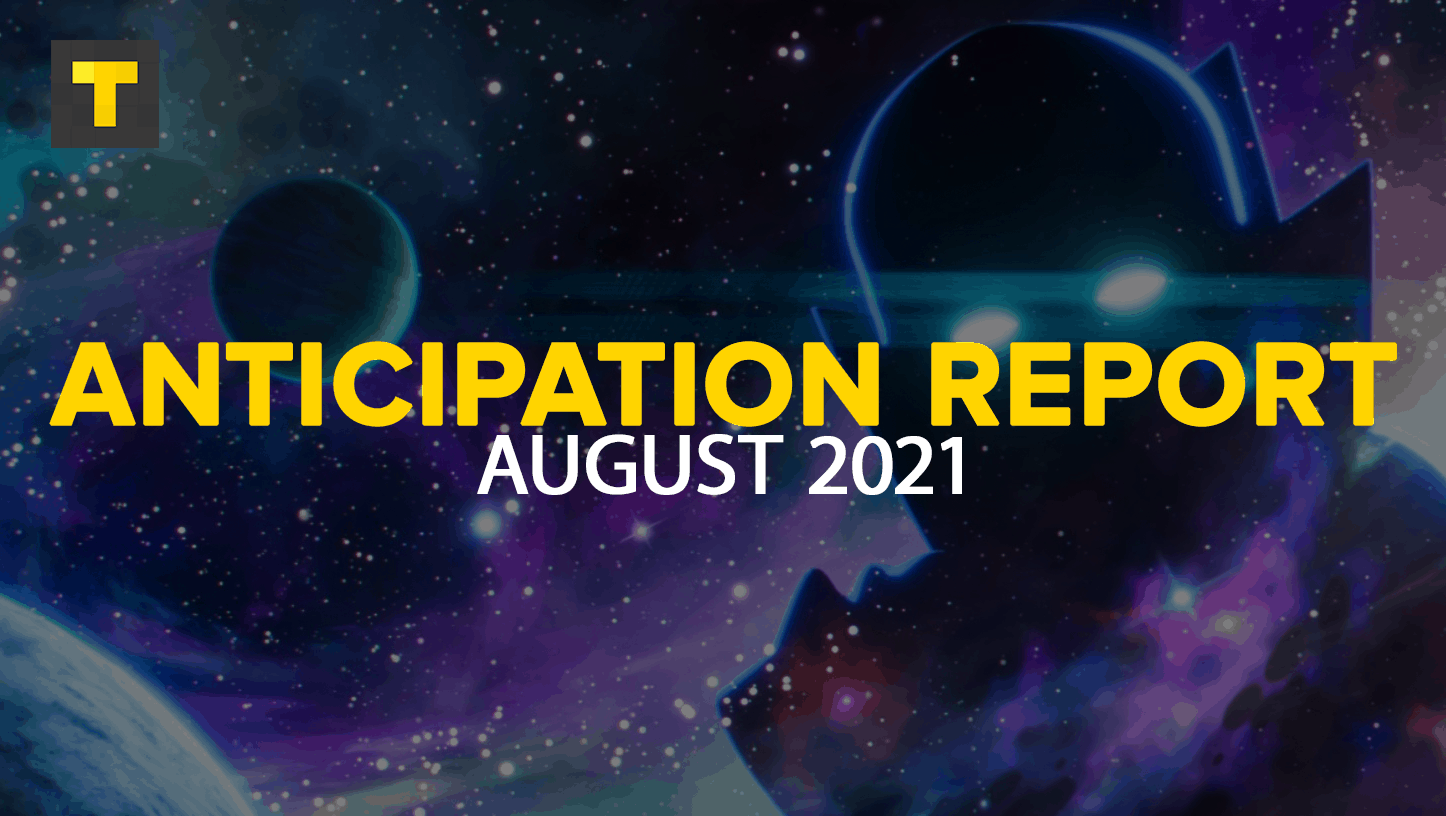 Marvel Universe animated anthology series What If…? is the most anticipated new show this month! The Disney+ show will be released on August 11th, and will follow major Marvel moments had they gone down differently. One week later, Hulu’s adaptation of the New York Times best-selling book of the same name, Nine Perfect Strangers, brings drama to our screens at No. 2. Hulu continues to bring the heat with its comedy murder mystery series Only Murders in the Building (No. 3) at the end of the month. Starz’s Heels wrestles its way to No. 4, while Netflix’s The Chair takes a seat at No. 5.

Fan favorite Brooklyn Nine-Nine, now in its eighth season, returns to NBC on the 12th as the No. 1 most anticipated returning show spot! The comedy is followed by the latest installment of FX’s American Horror Story (No. 2) towards the end of the month. At No. 3, and premiering next week, is the second season of Netflix’s Spanish teen drama Control Z. Rounding out the returning shows is HBO Max’s DC based Titans at No. 4 and Apple TV+’s dystopian drama See at No. 5. 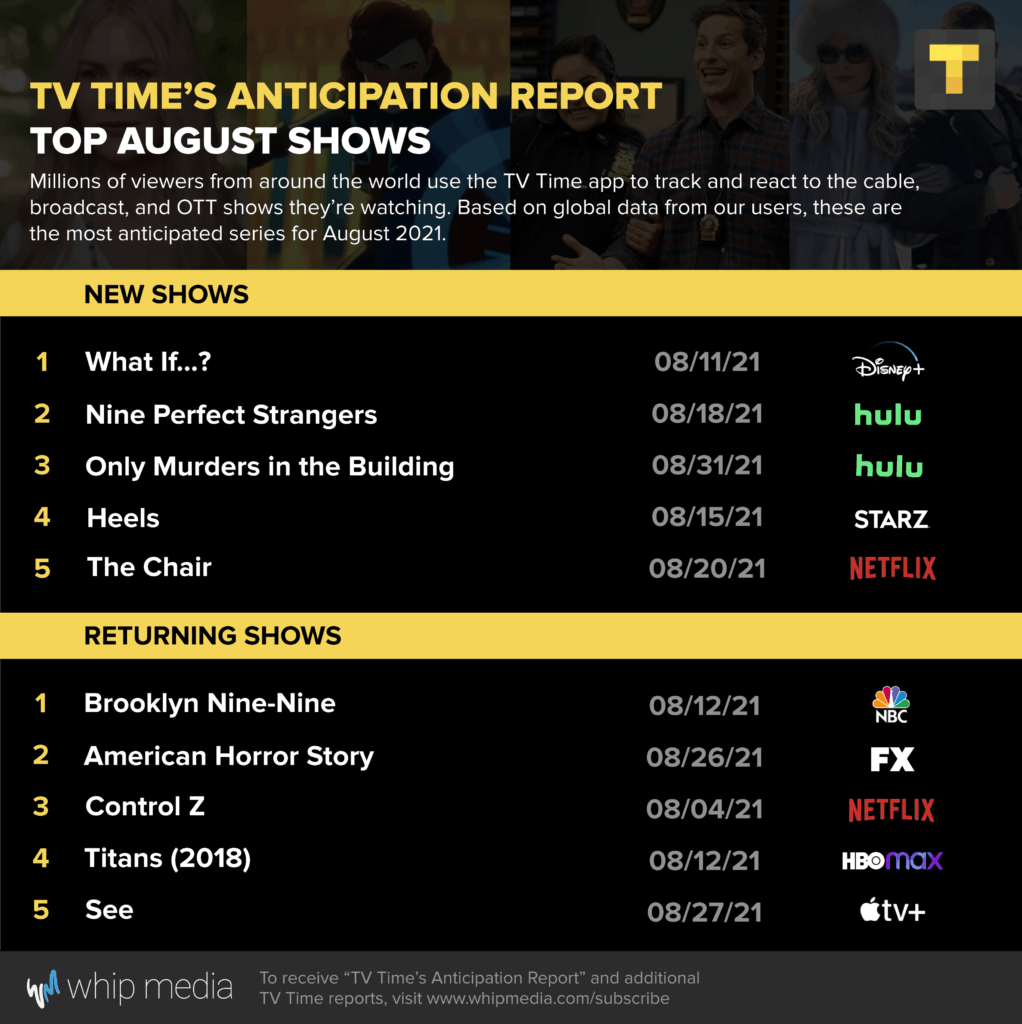 To receive these reports straight to your inbox, sign up here.